This location has been well & truly covered by thousands of photographers over the years with some fantastic results being shown, so it was time I had a go I suppose. We had been promised a sunny February day and were already staying in the north lakes so it was the opportunity that I needed, the day didn’t turn out as forecast and it was mainly cloudy with occasional sunny spells. 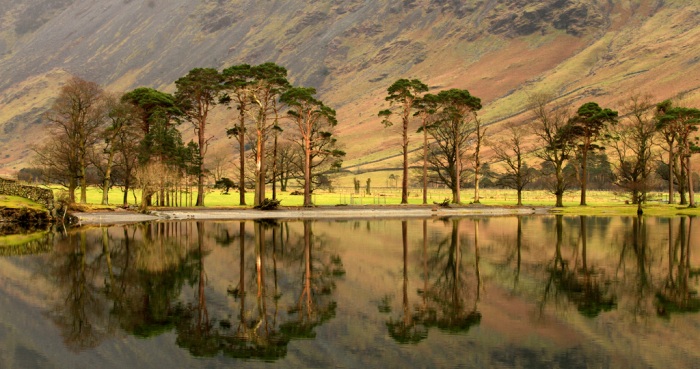 When I arrived at the scene the sun was nowhere to be seen but I got into position anyway & tried a few different angles & lenses to see how the light was. Fortunately there was next to no breeze so the lake itself was fairly still and this prompted me to include the reflections as much as the Pines themselves.

The shot was taken when the sun briefly shone through, but it was far from the low directiional light that I had been hoping for. The image was post-processed a little in Elements with the levels getting a slight tweak & the saturation a boost.