A short day trip to Liverpool gave an opportunity to photograph the are area around the ‘Three Graces’ on the Mersey shoreline. The day was overcast with dark dense clouds and some occasional soft rays of autumnal sunlight so anything could have happened. I spent time looking for a vantage point to shoot the Graces with the Port of Liverpool building as the lead point so walked up the Museum of Liverpool steps to gain height. This certainly helped to avoid getting the tourist buses and ever-present white van out of the shot. Whilst there I also looked for details such as the King Edward VII statue along with the Beatles statues. An alternative view was to shoot the Graces from the Albert Dock museum which gave a new versus old twist to the scene as they oversaw the Great Western Railway buildings. 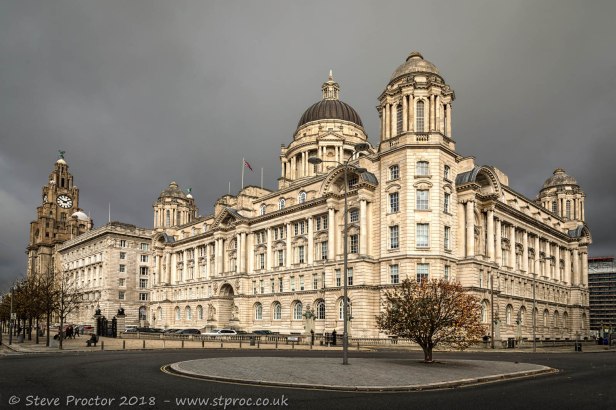 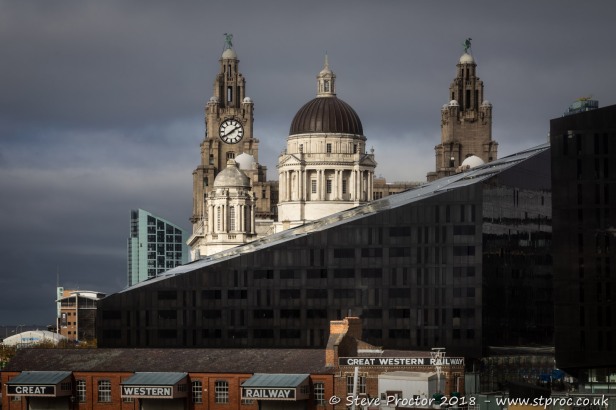 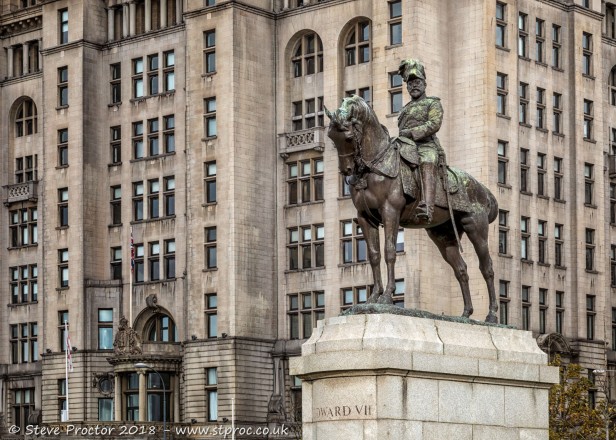 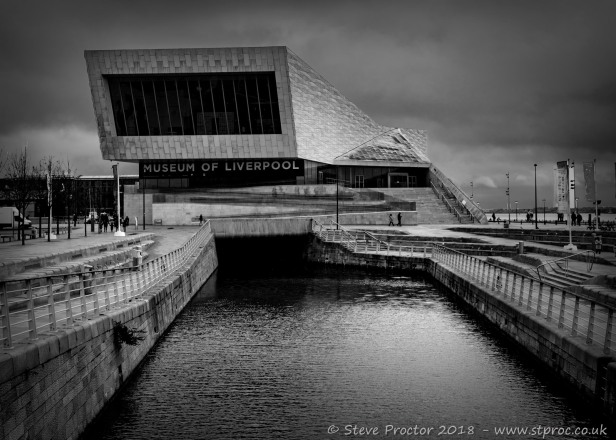