‘Peelers’ was the name given to the first police officers in the UK and they were named after Sir Robert Peel who introduced them, first in Ireland, and later in England. They were also known as Bobbies in England. The ‘new’ Metropolitan Police patrols, based in London, took to the streets on 29th September 1829, despite resistance from certain elements of the community who saw them to be a threat to civil liberties and their somewhat lawless way of life.
Below are some of the Ragged Victorian Peelers going about their work. More images of the Ragged Victorian can be seen here and here. 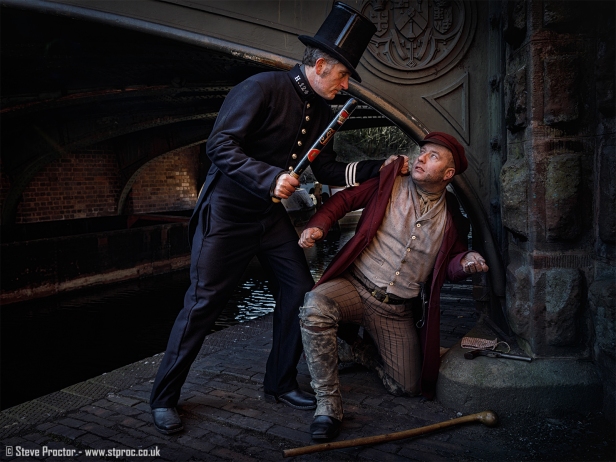 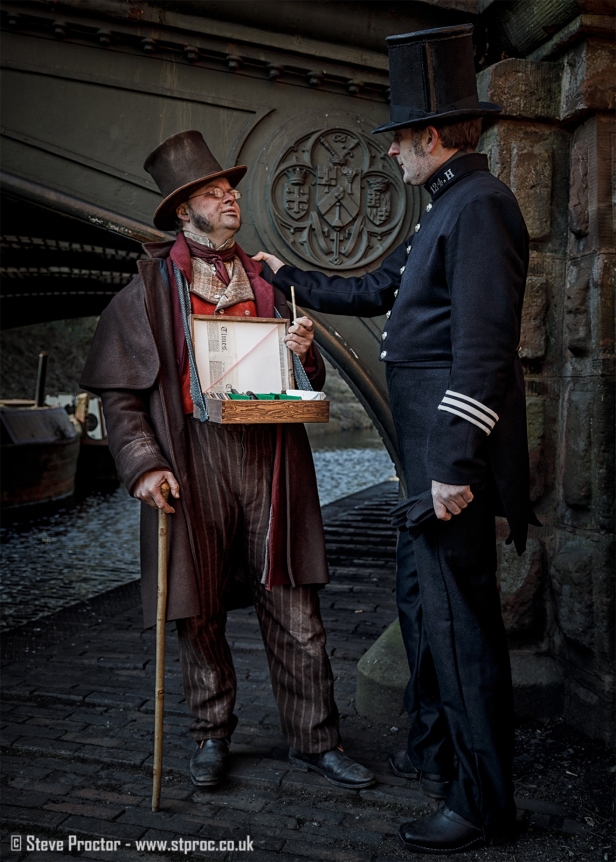